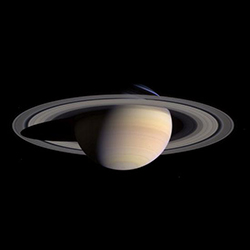 Mysteries Cassini Did Not Solve

Doors: 6:45 PM Showtime: 7:00 PM Venue:  Chautauqua Community House Tickets: $15.00 ($12.00 Concert Member)* The Chautauqua@Home Virtual Series takes place on Zoom and will still capture the elements of a Community House series – a unique presentation by speakers, followed by Q&A from the audience. The day before each event, ticket buyers will be emailed with more information on how to join. As plumes of dust and ice erupt through Saturn’s moon, Enceladus, the second-largest planet in our cosmic neighborhood remains a deep-seated mystery. While the US-European space mission Cassini may have ended in 2017, there are still many mysteries to solve and interesting finds to unlock. How did Saturn’s rings form? Does Enceladus harbor life? Dr. Larry Esposito will discuss the mysteries and data derived from Cassini and how it will shape our understanding of the ringed planet and its moons. About the Speaker:  Dr. Larry Esposito, LASP Dr. Esposito is the principal investigator of the Ultraviolet Imaging Spectrograph (UVIS) experiment on the Cassini space mission to Saturn. He was chair of the Voyager Rings Working Group. As a member of the Pioneer Saturn imaging team, he discovered Saturn’s F ring. He has been a participant in numerous US, Russian and European space missions and used the Hubble Space Telescope for its first observations of the planet Venus. He was awarded the Harold C. Urey Prize from the American Astronomical Society, The NASA Medal for Exceptional Scientific Achievement, and the Richtmyer Lecture Award from the American Association of Physics Teachers and the American Physical Society. Dr. Esposito has written his Ph.D dissertation, numerous scientific publications, scholarly reviews on the topic of planetary rings as well as the Cambridge University Press book Planetary Rings. Along with his students and colleagues he continues to actively research the nature and history of planetary rings at the University of Colorado, where he has been since 1977. He is now Professor of Astrophysical and Planetary Sciences and a member of the Laboratory for Atmospheric and Space Physics (LASP). He has been an officer of the Division for Planetary Sciences of the American Astronomical Society and of the Committee for Space Research (COSPAR) of the International Council of Scientific Unions. He was chair of the National Academy of Sciences Committee on Planetary and Lunar Exploration (COMPLEX). He is a member of American Astronomical Society and International Astronomical Union and a fellow of the American Geophysical Union. *All ticket purchases subject to service fees